Do you want to buy cryptos?| Part II

In this second installment, the author analyzes the cognitive biases that a cryptocurrency investor presents after having acquired his first cryptocurrencies.

On May 22 day of the 2010, Laszlo Hanyecz, a Bitcoin programmer and miner, published a post on BitcoiForum in which he offered 10,000 bitcoins for two large pizzas. Several were interested in this offer, but it was Jeremy Sturdivant, under the pseudonym of Jercos, who bought two large pizzas at Papa John's and sent them to Laszlo in exchange for the bitcoins offered. Jeremy did the business of his life.

At that time, those 10,000 bitcoins were equivalent to approximately 30 US dollars; however, today (3 of February of 2019) they are equivalent to 34,889,500 million of American dollars. In 2013, when 10,000 bitcoins equaled almost 6 million dollars, The New York Times interviewed Laszlo, who said "At that time the bitcoins had no value, so the idea of ​​changing them for pizzas seemed incredibly great. Nobody knew they were going to be worth so much " [1].

As well as Laszlo, many of the hodlers[2] currently they are not sure what their cryptocurrencies may be worth in the future. The 2018 was a year marked by the devaluation of all the main cryptocurrencies[3], generating large losses to cryptocurrency investors.

Given this situation of uncertainty, the best option could be to wait until the value of the cryptocurrencies increases again, recover the money invested and, as far as possible, obtain profits; Meanwhile, you could take advantage of buying more crypto currencies now that their prices are low. 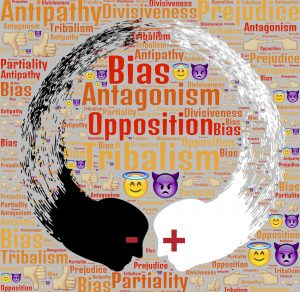 On the contrary, other investors, tired of having seen the value of their digital assets fall day after day, will believe that the best option is to sell their cryptocurrencies immediately to recover some of the money invested. In this dilemma that the hodlers lately, due to bear market of the cryptocurrency market, several cognitive biases are present.

Two cognitive biases are faced for you to make a decision about buy more (and wait) or sell? The first of these is the bias known as Inaction Inertia Effect or inaction bias. This bias is that which appears when we feel that the opportunity to buy or to invest has already passed, that prices will not rise again and that it will be unlikely to generate profits. This bias is constantly appreciated in the purchasing decisions of the sector retail, where the prices of products can rise or fall from one day to the next.

For example, if we are going to buy clothes from one of the department stores, we will surely expect to find an offer that encourages us to buy; Then, if we realize that last week the shirts we wanted were with 20% discount and are now at regular price, we will probably not buy and wait for a next offer or opt for other cheaper shirts.

However, this bias is usually counteracted by our ambition to become millionaires and live a life of luxury. The bias known as FOMO or Fear of Missing Out (in Spanish, "fear of losing something") is one that counteracts the conservative effects of the inaction bias.

The FOMO bias is presented when an -apparent- good investment opportunity appears before us, which makes us want to invest immediately before we "lose the train". For example, when a friend who makes marketing networks[4] he approaches us and tells us "I tell you about this new business because you are my friend and I want you to take advantage of the opportunity (...), this is the best time to get into the network, since there are not many people yet, you would be one of the first." 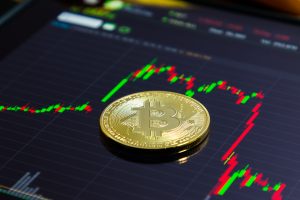 This bias is very common in people who want to invest for the first time in cryptocurrencies, as in those who already have these digital assets in their possession. Especially, now that we are in a bear market for quite some time, there is greater acceptance of the cryptocurrencies and the background of the bitcoins, it is likely that in a matter of days the bitcoins that we save will appreciate quickly. [5]

Although the FOMO bias counteracts the Inaction Inertia Effect, he usually does it with the help of other biases that are also present: (i) Confirmation bias and (ii) Sunk Cost Fallacy. These two biases are very important when deciding what to do with the cryptocurrencies we have in our possession.

As we pointed out in the first installment, when referring to the Authority bias and Overconfidence effect, an unsophisticated investor will decide to invest in cryptocurrencies using only the information found on the Internet. In that sense, possibly the first thing an investor does before making a decision about the future of their cryptocurrencies will be to revisit the web pages and the comments of the gurus that they consulted when they decided to buy cryptocurrencies for the first time.

Although it is an unconscious act, it will surely give greater value to that information that points out that the bitcoins or any other cryptocurrencies you have are a good investment[6] over that which indicates otherwise[7]. Then, we will be observing the Confirmation bias or confirmation bias in action, the investor will confirm that he has effectively made a good investment.

The last present bias that we will analyze is the Sunk Cost Effect or the sunken cost bias. Imagine that we are one of those investors with little luck who decided to invest in bitcoins after December of 2017, and possibly bought them at an approximate price of 10 thousand US dollars per bitcoin[8]. Today, a bitcoin is approximately 3,500 US dollars; that is, that hodler You have lost around 65% of your investment.

However, despite having lost that initial investment, it will surely resist selling its bitcoins, due to the effect of the sunken cost bias. This bias refers to the fact that one persists doing some activity, even though it does not generate profits or satisfactions, for the sole reason that he considers that he has already invested a lot of time or money in that activity.

In this way, someone who has invested 10 a thousand dollars in Bitcoins will hardly want to accept that he has lost the 65% of his investment or 6,500 US dollars. Therefore, it will securely store your bitcoins in their wallet and wait until you consider that the ideal time has come to sell your bitcoins at a better price.

After having read this second installment, it is surely clear to the reader that in any investment decision, especially in the cryptocurrency market, we are subject to cognitive biases that condition our decisions. The cryptocurrency market is definitely interesting, with around 10 years of existence it has been evolving into an accessible, dynamic and accessible market for everyone.

Finally, we are aware that we are facing more cognitive biases than the eight identified along the two deliveries;[9] However, I hope that the biases explained have been able to clarify the mental processes to which everything is immersed hodler or cryptocurrency investor. Investing in any market, especially in a market as volatile as cryptocurrencies, requires a detailed technical analysis and not letting ourselves be carried away by our biases. Not everyone will have the same luck as Erik Finman or Jeremy Sturdivant.

[1] The translation is ours You can read the interview here: https://bits.blogs.nytimes.com/2013/12/22/disruptions-betting-on-bitcoin/

[2] The definition of hodler It is found in the first installment of this article: https://www.enfoquederecho.com/2019/01/27/te-animas-a-comprar-criptomonedas/

[3] For example, the value of bitcoins was reduced from 13 thousand to 3,800 US dollars throughout the year (approximate values).

[4] I have nothing against the marketing networks, I sincerely believe that there are people who make a good amount of money in these business schemes. However, we must also admit that it takes a lot of effort and dedication, that's why many do not do very well and end up retiring after a few months.

[5] We all know that the cryptocurrency market is extremely volatile, you can lose or win in a matter of just a few days. For example, between the beginning and mid-December of 2017, bitcoin increased its value by 100%, from 10 thousand to 20 thousand American dollars (approximate values).

[6] For example, that John McAfee, cryptocurrency guru and expert in cybersecurity, points out that a bitcoin will reach 1 worth of US dollars in the 2020 year.

[7] For example, that Erik Finman, a young crypto-millionaire, points out that "Bitcoin is dead in the long term" or that the co-founder of PayPal, Bill Harris, thinks that Bitcoin is the biggest scam in history.

[9] For example, we can also consider the bias of the bettor's fallacy (Gambler's Fallacy or Monte Carlo Fallacy) and the aversion to loss (Loss Aversion).

HOCHMA, Tomer. The Ultimate List of Cognitive Biases: Why Humans Make Irrational Decisions. Taken from: https://humanhow.com/en/list-of-cognitive-biases-with-examples/Visited the January 19 of 2019

OBERSTADT, Patrick. (2017) 6 Psychological Biases you'll experience when it comes to trading Cryptocurrency. Taken from https://medium.com/crobox/6-psychological-biases-youll-experience-when-it-comes-to-trading-cryptocurrency-8c7490086774 Visited the January 10 of 2019.

THE FINANCIAL. (2018). Bitcoin is a fraud 'never before seen in the world': co-founder of PayPal. Taken from: https://www.elfinanciero.com.mx/tech/el-bitcoin-es-la-mayor-estafa-en-la-historia-cofundador-de-paypal Visited the 2 of February of 2019.

HULLIET, Marie. (2018) Erik Finman, Bitcoin teen millionaire proclaims that Bitcoin is "dead" in the long term. Taken from https://es.cointelegraph.com/news/teen-bitcoin-millionaire-erik-finman-proclaims-bitcoin-is-dead-long-term. Visited the January 10 of 2019

PUIGVERT, Mariano. (2016). Get to Know The History Of Bitcoin Pizza Day And ... ¡Buen Provecho!In: Criptonoticias. Taken from: https://www.criptonoticias.com/sucesos/conozca-historia-bitcoin-pizza-day-buen-provecho/ Visited the 2 of February of 2019

Adolfo Morán
Adolfo is Founder and Executive Director of Lawgic Tec, a nonprofit association dedicated to research on issues of law and new technologies. General Editor of The Crypto Legal web platform and Legal Consultant in the Financial Regulation and FinTech area of ​​EY Law. He specializes in Blockchain, Smart contracts and Fintech. Email: contacto@lawgictec.org

Covid-19: the catalyst for digital transformation

0
Currently, with the health crisis that has unleashed the spread of the Covid-19 coronavirus, we have all seen ...
Read more
Articles

The return of delivery: what provisions must restaurants comply with in order for them to operate?

From e-government to digital surveillance: The challenge of privacy after the pandemic

0
The fight against the pandemic that currently supports more than a third of the world population ...
Read more
THE CRYPTO LEGAL
1,204Happy fans
442FollowersFollow
44FollowersFollow

0
Immanuel Kant's Critique of Pure Reason is not a text precisely known to be ...
Read more